App Development/ Mobile apps
With the increased fragmentation of the mobile landscape, the need for cross-platform app development is growing steadily. Developers have to focus on offering native-like user experiences, features, and functionality in hybrid mobile app development. Here are some useful technical tips for managing the cross-platform mobile application development project effectively.

When we talk about the website, it for browsers running on any device, and whatever web development technologies you have used, the web servers send HTML, CSS, and JavaScript like basic web technologies to the browsers to render the page. When we go to the mobile application, things change altogether. There is a sharp device (Hardware) and operating system (Software) fragmentation existing on the mobile landscape. Android, iOS, Windows Mobile, and so on operating systems, and each platform have different devices running with different OS versions. A bizarre thing for a mobile developer when addressing a vast audience available on mobile devices is a target! Initially, it has given birth to the web apps running on mobile browsers using only capacities of browsers, not much access to the hardware device or features of the operating system. It results in weird user experiences and so much inferiority from the native mobile applications. Later on, solutions were invented in hybrid mobile applications, which were falling in between the native and web apps. Wrappers of code were developed to access the native capabilities. Thus, cross-platform mobile app development becomes a unique process, and its management also proves a unique one. At this juncture, I would like to suggest some useful tips for cross-platform developers and clients looking for it. 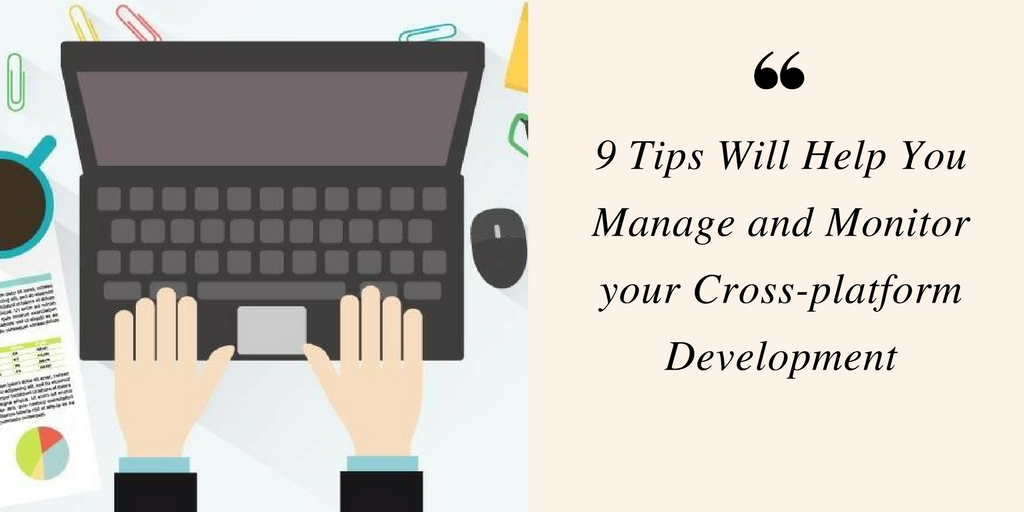 When your app users use the app, they always expect native-like experiences, just like feel at home. Earlier, it was tough to achieve the same, but we have programming technologies, cross-platform frameworks, tools, and technologies to simulate it with the advent of technologies. App developers can follow the design guidelines released by respective mobile OS platforms such as These guidelines provide a comprehensive and standard set of ideal user interfaces. Of course, we cannot follow it ditto in hybrid app development but can try to simulate the look and feel to a greater extent.

It is tough to manage tons of UI components, styles, patterns, and animation in the hybrid UI/UX app design and development realm without powerful frameworks and tools. In due course, you can take help of various types of UI frameworks, such as: Some are pixel-perfect while some sloppy, but they help us keep control over the performance and cut the overhead.

Performance always an issue in cross-platform mobile app development. The main points behind it are tons of heavy animations and multimedia components and infusing backward compatibility to run the apps on older devices or OS versions. Apart from these, developers have to take care of the following things in performance optimization:

The header bar is the most prominent UI element in app design and useful thanks to the Up and Back buttons. If you want to win the app users, you should mimic the header bar design native-looking. In due course, HTML and CSS solutions can help to do it. Unfortunately, most of the popular cross-platform frameworks are missing, and developers have to add minimal DOM. Some lines of CSS code for each mobile OS platform, particularly for iOS and Android, are easy.

Recent statistics reveal that nearly 80% of iOS devices and 70% of Android devices have high-resolution screens. It compels app designers to include images with double or triple dimensions to appear crisp and manage retina display ready. Heavy images again become the causes of the emergence of other issues for cross-platform designers, such as However, SVG seems a good solution for static images at first glance, but support from most of the browsers is in question. Adding CSS for several image-intensive images like news app is exhausting, and responsive web designers find a solution on the server-side.

Have you carefully observed that system fonts for iOS, Android, and Windows Phone platforms differ? For instance, Therefore, it becomes a daunting task for hybrid app developers to manage the font families for each platform device. However, Apple has introduced font presets in iOS 7 and upward versions to set the correct font family to improve user experiences automatically.

Some actions take too long to accomplish, while some are fast. Users, in general, are unaware of such technicality. Therefore, it becomes essential to divert users’ attention towards something else or pull the delayed actions in the background and engage users in the next or useful steps. These kinds of arrangements let users perceive that the app is fast and working uninterruptedly. For instance, Instagram upload image in the background without displaying animation or icon on the frontend. Instead, it engages users in adding tags and sharing. To achieve the perceived speed, developers have some tricks like:

Mobile users love to scroll infinitely, and native apps have built-in features to support scrolling. For cross-platform applications, developers have to manage the scrolling through coding because they have to fix the header and footer while making content scrollable. Hybrid app developers can manage basic scrolling feature righteously in the following ways: