iOS
Many existing iOS applications need to change in Swift code thanks to myriads of benefits the Swift brings with it. Many iOS developers are wondering how to convert apps from Objective-C code to Swift, so this post is giving you useful tips and easy steps to go ahead in the conversion process.

When Apple Inc. has released the first iPhone SDK in 2007 and invited third-party developers to create iPhone apps, it has declared Objective-C as official iOS programming language supporting X-code as development tool & IDE. After seven years, in 2014 again iOS platform has declared Swift as a next-generation programming language in addition to Objective-C. Swift comes with myriads of advantages over Objective-C and completely befitting for contemporary needs. Therefore, Apple has avoided upgrading Objective-C and created Swift from scratch. Thus, seasoned iOS developer avoid converting Objective-C code into Swift code and write an app in the Swift code from scratch. However, some apps are of a big scale and writing from scratch in Swift proves costly affairs, so developers prefer to use converting tools available in the X-code or from third-party service providers and manage things tactfully. 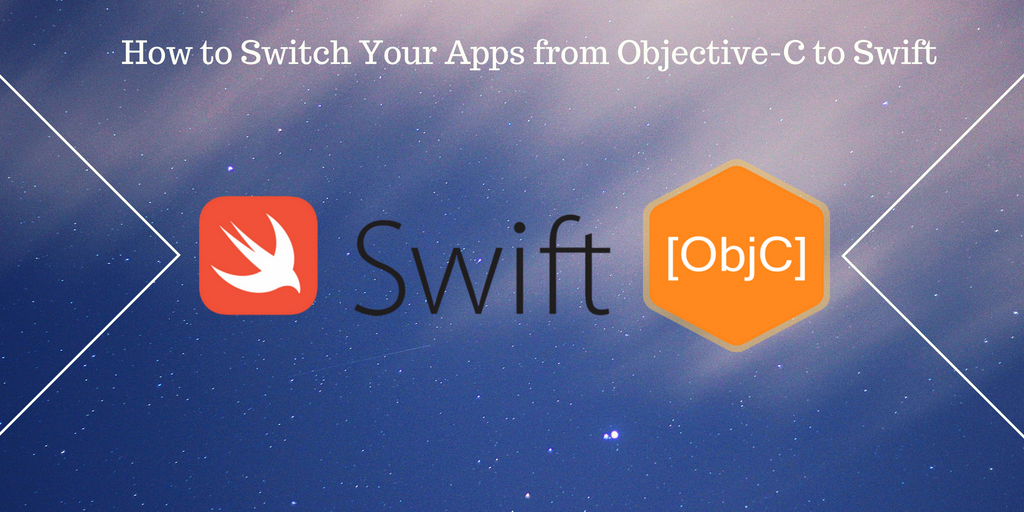 Apple offers modern Objective-C converter in X-code, which helps developers to do following important things during conversion. We should keep one thing in mind that converter helps us only in detection and implementation of mechanics of potential changes. It will never represent the semantics of the code. It means iOS developers have to go manually for alterations and improve the quality of resulting Swift code.

Before giving you a step-by-step guide to convert the code, I would like to give you following tips.

Attend One Class at a Time

The program paradigms of both iOS languages are different and can create issues if we are going to use tools, which are converting code line-by-line. Therefore, it is advisable to covert one class at a time. Remember that unlike Objective-C, Swift doesn’t have subclasses. Therefore, you will end up with two different types of files in app code document, (.h) type and (.m) type. Since (.m) file imports (.h) file whenever the need arises to refer to a class and eliminate the creation of header file.

Once you add an Objective-C file into Swift target or vice verso, you will have chances to develop a bridging header file. Thus, when you import (.h) file into bridging header, it becomes visible to Swift.

You get a zero value in return wherever a message is sent to nil object in Objective-C programming. If you want to avoid it, you must perform nil checks as per need.

You can substitute the Optional with String in the Swift because you can get syntactic sugar for starting types optional. When you use two methods including Optional Chaining and Forced Wrapping, you receive wrapped value from the elective container in two conditions:

Besides Optionals, Apple has new development language define as Tuples. Its aim is different grouping values into one compound value, which is a better tool to create a model at a place.

After an overview of the entire conversion process, you may have decided that you should have an expert team of iOS developers who used to do the same and converted several projects successfully. In due course, a team of iOS app developers at SysBunny may prove a right choice for you even you want to create your Objective-C app from scratch in Swift code.

Would you like to begin a thread of conversations with us?